As you explore science without presuppositions, you’ll find a world that is…. New, Exciting and Full of hope! On the atheist side? Not so much hope. You also need to know there are lies atheist like to whisper in our ears. Such as what evolution and science are. Let me correct some of these lies; Science is not synonymous with evolution and creation is not anti science. The study of process; by which different kinds of living organisms are thought to have developed and diversified from earlier forms does use science. But, did I say, “Science is not synonymous with evolution”.

One of my favorite stories is the “The Screwtape Letters” by C.S. Lewis. Mr. Lewis allows the reader to listen to a very interesting discussion between an uncle and his nephew. What’s so interesting? Uncle Screw Tape is the Devil and his nephew Wormwood is a demon working on pulling people away from the saving grace of our Lord and Savior Jesus. I’ve got a warped since of humor and I find the conversation full of laughs but more importantly facts! Such as Uncle Screw Tape tells his nephew pursuing hell for his conquest, “A moderated religion is as good for us as no religion at all—and more amusing.” 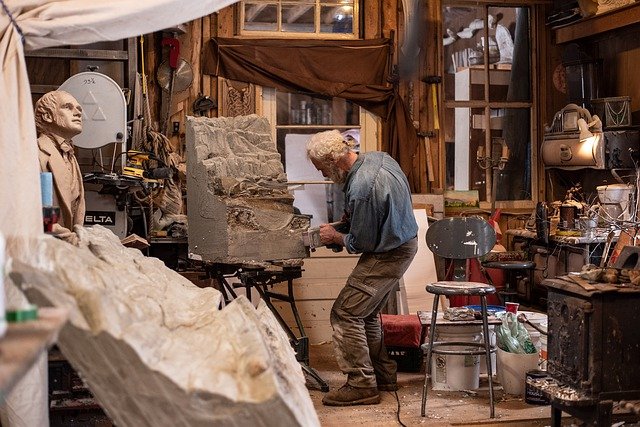 Have you visited the Creation Education Museum? This whole website is devoted to the concept of, “You Decide”.  We don’t care what you believe we want you to feel comfortable visiting. I think a brief description may be helpful.  Let me take you through our Creation Education Museum. I’ll use a little C.S. Lewis satire, from an atheists’ perspective:

Supreme Court Justice, Justice Oliver Wendell Holmes Jr., “It is better for all the world, if instead of waiting to execute degenerate offspring for crime, or to let them starve for their imbecility, society can prevent those who are manifestly unfit from continuing their kind… Three generations of imbeciles are enough.” Using these arguments public opinion fought to increase educational expenditures which included the push for Science, Technology, Engineering and Mathematics in public schools. The WWI testing was a wake up call for the country and evolutionists used it to get their assumptions of an old earth into our public schools.

The above 1-18 is basically the whole Creation Education Museum. From the viewpoint of an atheist. There are other exhibits but evolutionist would never address Intelligent Design, Noah’s Ark or the unchallengeable authenticity of God’s Word.. The Bible.

Yet, my point is a social one. “The claim to equality, outside of the strictly political field, is made only by those who feel themselves to be in some way inferior.”
― C.S. Lewis, The Screwtape Letters

What does the Creation Education Museum Model Say?

That is the Creation Education Museum in a nutshell from a Christian perspective.

The above lists give you a sky view of evolution and creation. It really is that simple.  I’ve given you the cliff notes and there is much more to understand. There are many books, schools, and scientists pursuing valid creation evidence. Hold the science for another time. Let us talk more about the social impact of these life impacting thought processes. Let me use C.S. Lewis satire again: Here are a couple personal observations as an atheist/evolutionist perspective:

This is evolution at its core. Let’s compare this with the word SCIENCE. “Science, is any system of knowledge that is concerned with the physical world and its phenomena and that entails unbiased observations and systematic experimentation. In general, a science involves a pursuit of knowledge covering general truths or the operations of fundamental laws.”

I quickly went through the foundation of what evolutionists believe and I’m sure we can agree it doesn’t exactly align with Britannica’s definition.

What does Creation Say?

“You listened to your wife    and ate fruit from that tree.
And so, the ground will be under a curse
because of what you did. As long as you live,
you will have to struggle     to grow enough food.
18 Your food will be plants, but the ground
will produce     thorns and thistles.
19 You will have to sweat     to earn a living;
you were made out of soil, and you will once again
turn into soil.”

We know God by his attributes:

“We must picture hell as a state where everyone is perpetually concerned about his own dignity and advancement, where everyone has a grievance, and where everyone lives with the deadly serious passions of envy, self-importance, and resentment.”
― C.S. Lewis, The Screwtape Letters

Why is Creation important?

There’s popular song out.. I think this explains why from a little different perspective.